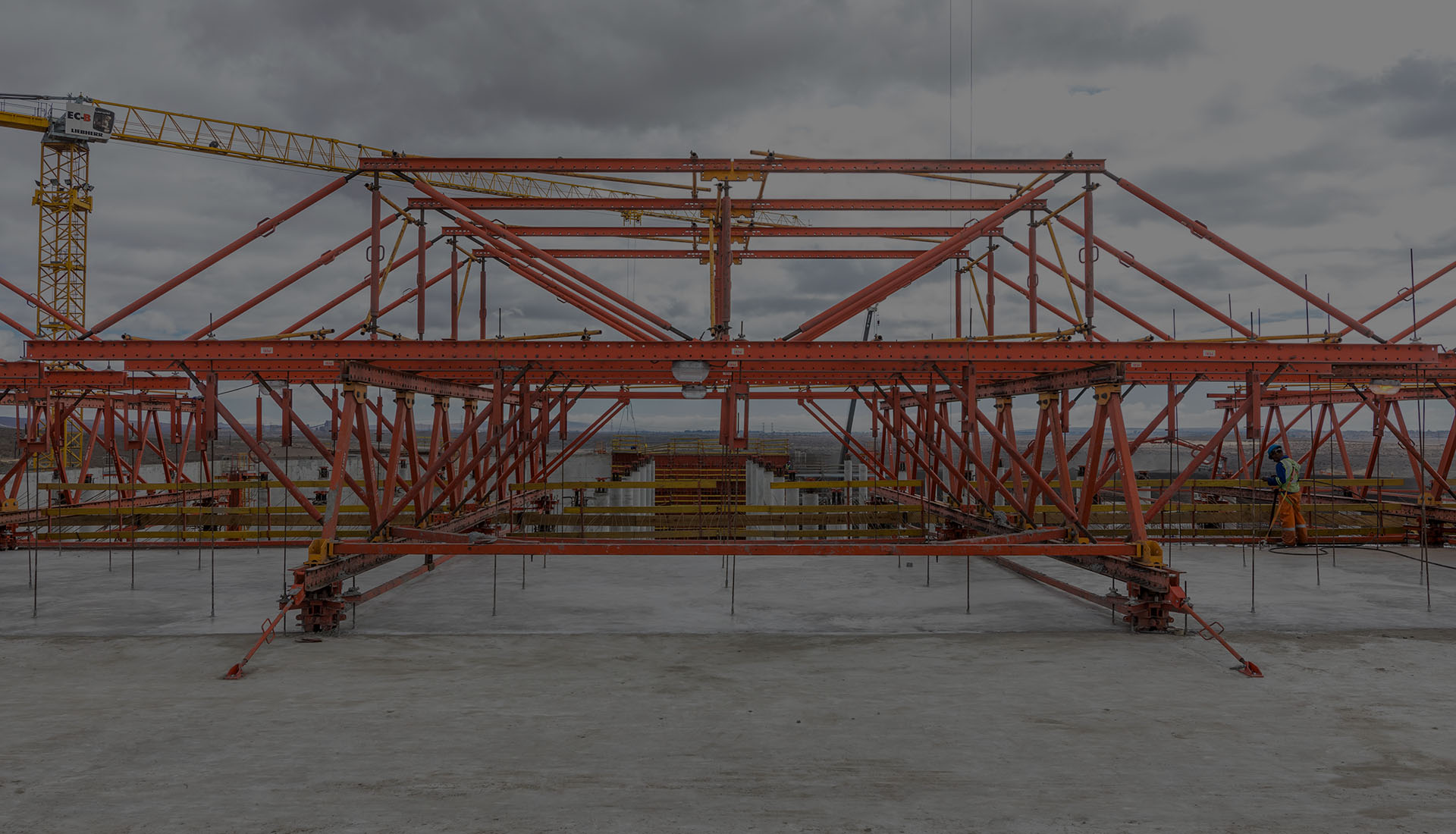 The Construction of Composition 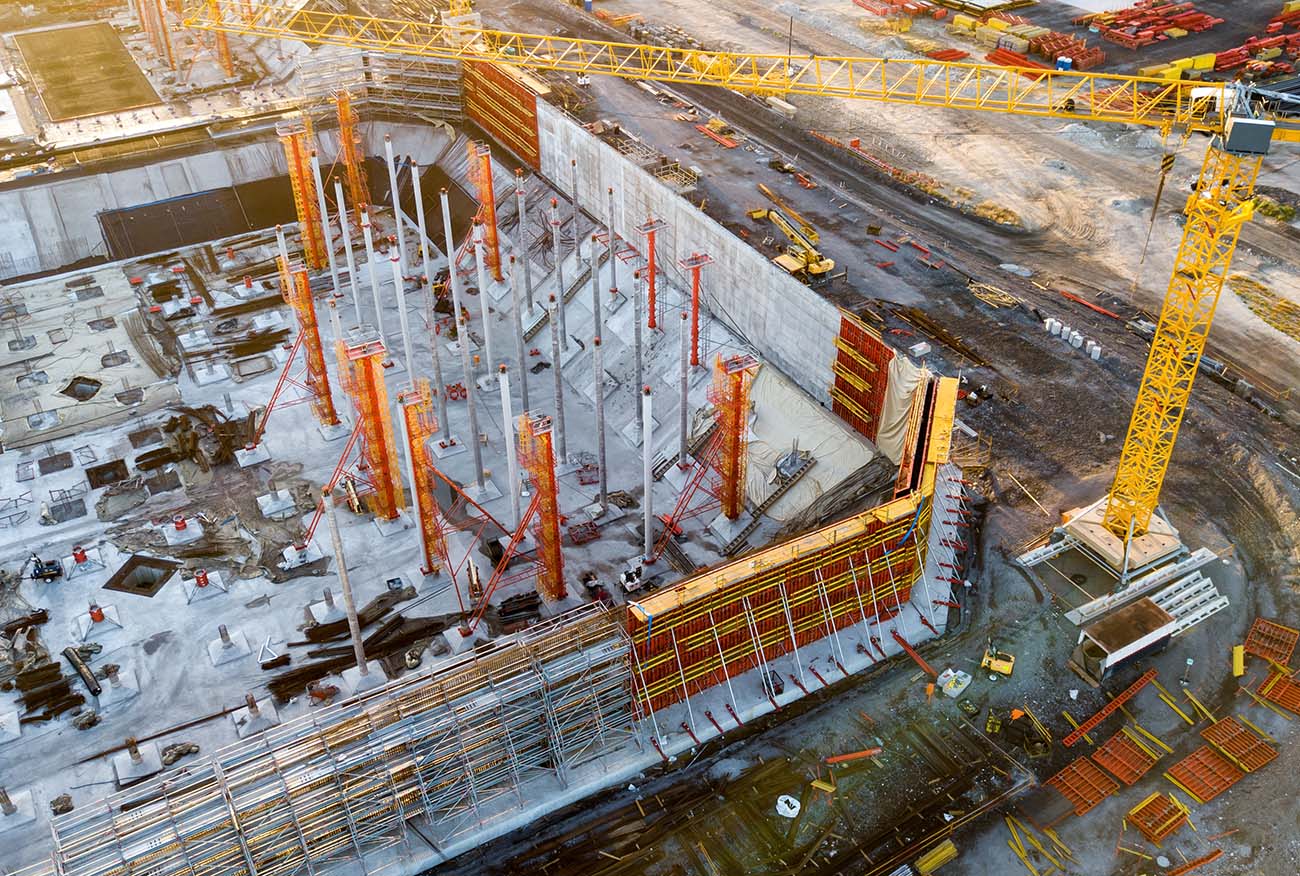 In capturing construction photographs, as with all photographs, there are multiple facets to consider for the perfect image: lighting, colour, angle, necessary equipment etc. For every successful image, one could be sure to find some sort of compositional flare or aesthetic flow – something within the image that carries one’s eyes through the subject matter towards the message that lies beyond. The composition of an image can be manipulated to tell a story or to reach out to the viewer with a specific message.

The best composition is easily achieved by tilting the camera to change the perspective of your angle. Construction photographs can easily turn out lifeless and/or dull without optimising the composition of such imagery. However, it is possible to obtain strong, highly aesthetic quality images for the professional photographer with a trained eye and a natural feel for composition.

A RECIPE FOR GOOD COMPOSITION

Photographic composition is determined by the way the photography is structured. There are multiple factors and approaches to composing an image. For instance, finding patterns within the shot could be an essential tool to use in the composition of a photograph. By highlighting or compositionally emphasising these patterns, one can create a striking image – even in breaking the pattern’s repetition.

Symmetry, also, can create an eccentrically striking image. The use of symmetry with a strong compositional focal point breaks the predictability of the image rendering a beautifully unusual image. Another way of deconstructing an image to foreground the subject is to use depth of field as it isolates the focal point in the photograph.

Adjusting an image’s depth of field creates space between the foreground, middle ground and background. This structuring of an image adds texture to the recipe, turning a flat, two-dimensional image into something which engulfs the viewer as it creates an interesting third-dimensional element to get visually lost in.

The use of lines to direct the viewer’s eyes is also a creative way of utilising the composition of an image. Lines can be greatly impactful and should be considered when framing an image in pre-shot. All these elements can be creatively utilised to gain the optimal visual representation of a construction environment.

The effective use of the above elements creates the perfect recipe for a great photograph but as a chef in a kitchen, all spices available shouldn’t be used simultaneously. Using one element at a time can be a great start to unfold the image’s composition. But photographs become especially impressive when mixing these elements tastefully by engaging playfully with the subject matter, that is the construction site.

SO, WHY IS COMPOSITION IMPORTANT IN A PHOTOGRAPH?

Techniques of composition are what drive the image and help the viewer understand the visual message. Composition distinguishes the subject matter or focal point from the shapes, colours and structures which make up the content of the image. Composing effectively leads the viewer’s eyes around the image and back to the centre of focus. What follows are a few other techniques used by many, if not all, professional photographers.

1. Grid Composition or Rule of Thirds in Construction Photography

Images can be simplified by using this most common form of composition. By dividing the image into thirds, it is simplified and easily read. There is a certain aesthetic threshold that comes with using the rule of thirds when framing an image before shooting.

By changing your angle, zooming in or out and shifting your depth of field, the rule of thirds is easily obtained. A professional photographer, however, will almost always be naturally drawn to use the rule of thirds.

The rule of thirds is basically achieved by bringing into line your subject matter with the intersection points of the shot’s grid guides.  One of the main reasons for using the rule of thirds is to dishearten the placement of the subject boringly at the centre or to prevent the division of an image straight in half.

Leading lines, as discussed earlier, are another way of directing the viewer’s eyes to certain key aspects of the image being captured. If these lines are apparent in the shot it can be used to grasp interesting compositions to keep the image from appearing flat and/or dull.

Both the Fibonacci sequence and rule of thirds method use leading lines to guide the photographer when making decisions of composition. Where these lines meet or cross is usually where things tend to get quite interesting and fun.

3. Using the Fibonacci’s Ratio in photography

This law was famously stated by the Italian Mathematician Leonard Fibonacci, around 1200 AD. He established that there is an absolute ratio that appears regularly throughout the natural world – a ‘design’ that is seemingly universal in all living things.

It gained the nickname ‘divine proportion’ and is pleasing to the human eye as a compositional structure. The Fibonacci sequence is a set of numbers, starting from zero or one, followed by one and proceeds subsequently with the pattern that each number is equal to the sum of the previous two numbers – the resulting numbers are called the Fibonacci numbers.

The Fibonacci spiral and grid compositions had been used for decades and can be found in famous works as The Mona Lisa and The  Last Supper, to name a couple. This method isn’t necessarily discussed or used in the world of photography as it is more mathematically advanced than the average rule of thirds discussed before.

The rule of thirds is a rather basic application in composition while the Fibonacci sequence is compositionally appropriated by the more skilled photographer.

The professional photographer will seek out the most interesting angles, lines, etc. and match these with a beautifully striking composition. There are so many directions and angles to choose from with the modern age still burning brightly.

The photographer will not run out of innovative shots as there are many features to newer buildings that get increasingly interesting as the world of architecture changes and moulds into the new generation.

Complementing these features is where the real challenges lie for the photographer, but not too worry, any well-trained and experienced photographer will have a knack for these technical considerations.

Especially when it comes to composition and showcasing only the best aspects and features of the construction site, the professional photographer can be counted on.