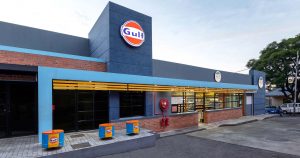 Premise:
Gulf Oil is one of the top fuel retail providers in the United Kingdom, with networks and operations opening across the globe.
In 2019 I was contacted by AMPM Projects to photograph the various Gulf Oil fuel stations they worked within Yeoville, Johannesburg and Pretoria.

Personal experiences:
This was an interesting shoot location, to say the least, the centre of Yeoville is not exactly considered the safest place in Johannesburg,
luckily with proper pre-planning, site scouting and the assistance of ZSS Security, the shoot was executed with finesse in a matter of minutes.

I arrived on site before sunrise so that I could adequately scout the location and plan exactly where I wanted to capture each photograph from,
after my scout, I sat in my car and sketched a rough Omni view visual representation of the site so that I could mentally plan my shoot direction based on what I had seen.

I waited a bit longer for my client to arrive with our security guard and for the perfect lighting, golden hour,
I met with my client explained exactly how I wanted to shoot and that it should only take a few minutes we deliberated and confirmed the photographs that we were required to capture.

I arranged that the station is closed to the public for a short period of time and waited for the remaining vehicles to leave.
I set up close to the station, adjusted my aperture, shutter speed and white balance and roughly balanced my verticals and horizontals so that I could make minor adjustments based on the landscape.

I set up in my first capture location and 11 clicks later I was finished, my client and I reviewed the captured photographs and confirmed that we were both happy.

In post-production 7 of the 11 photographs made the cut and I began editing.
I used a combination of subtle long-exposure and low-key style shooting to eliminate clutter from the very busy fuel station.
The low-key photographs allowed me to hide the multiple vehicles parked outside and around the fuel station and the long exposures
made comping out people a little easier as well as allowing soft light leak from the overhead lighting. 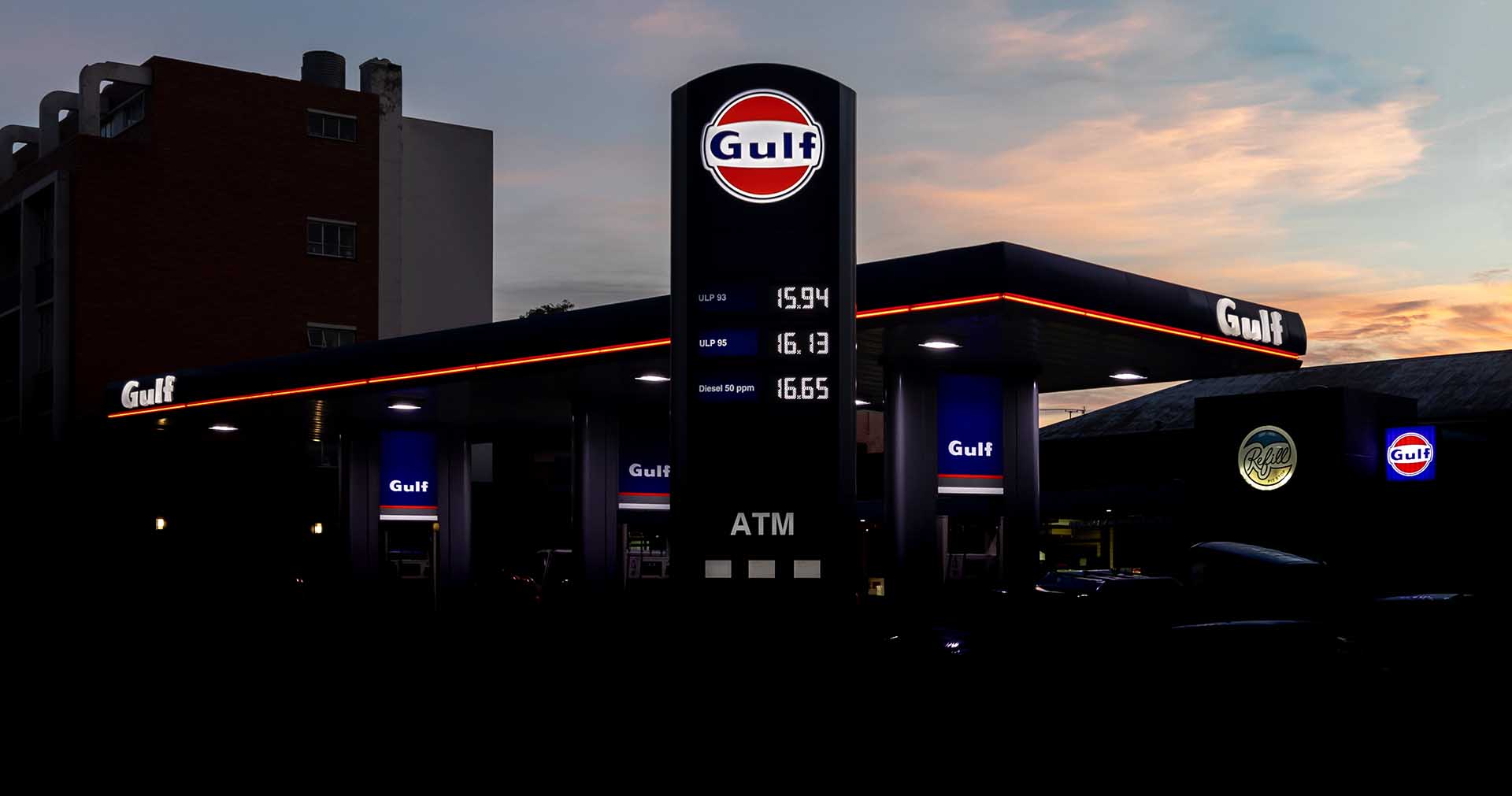 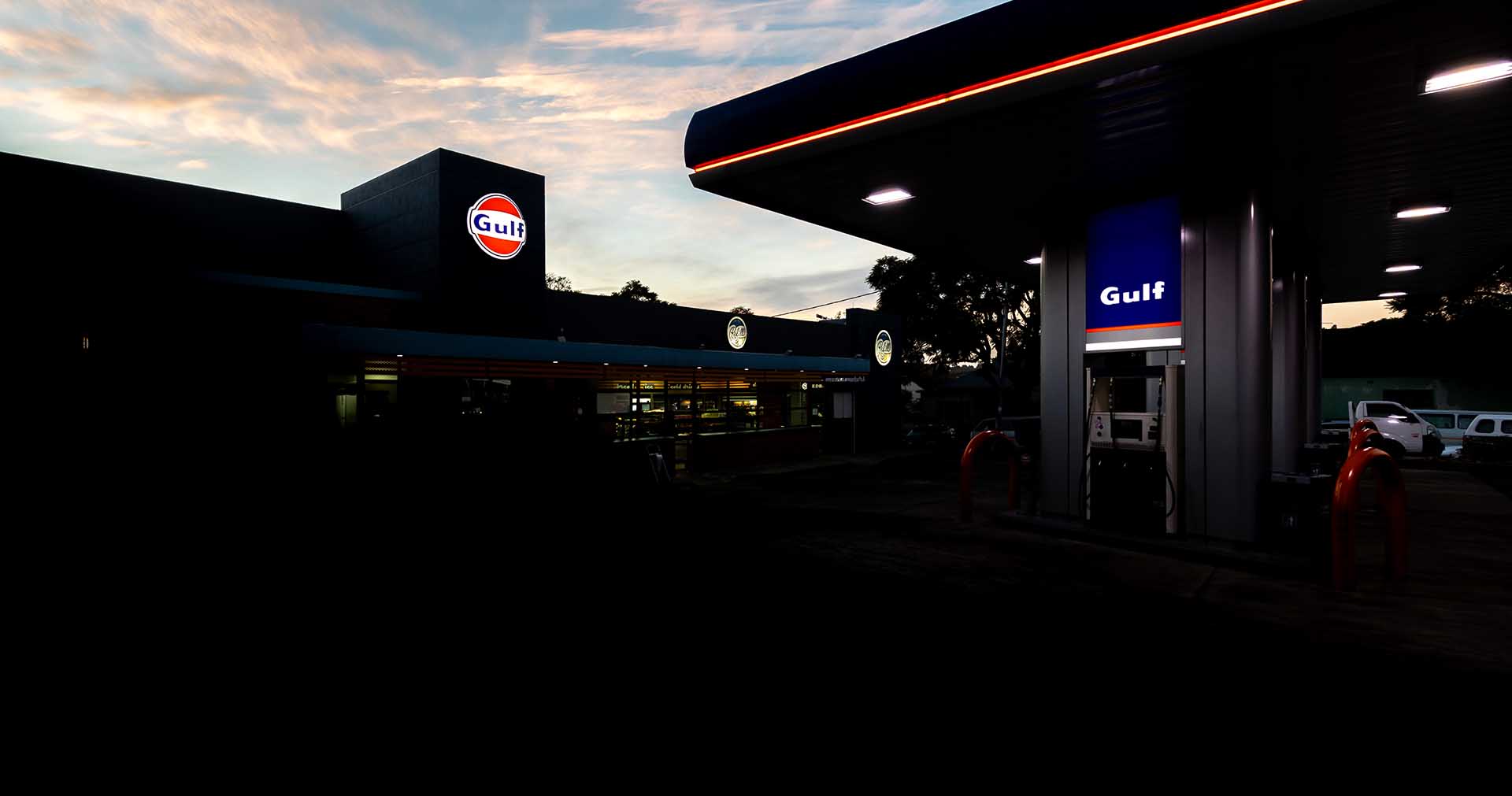 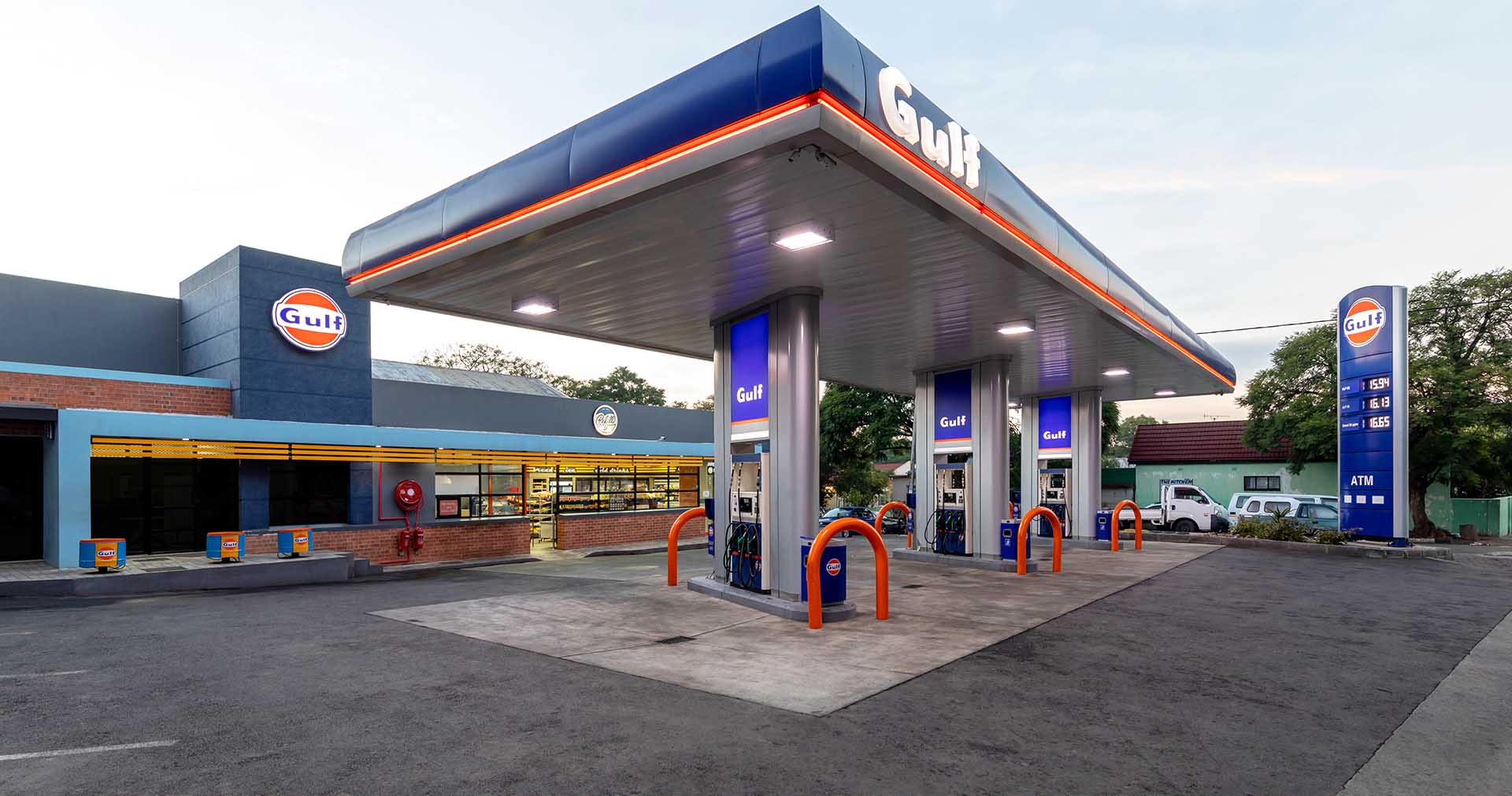 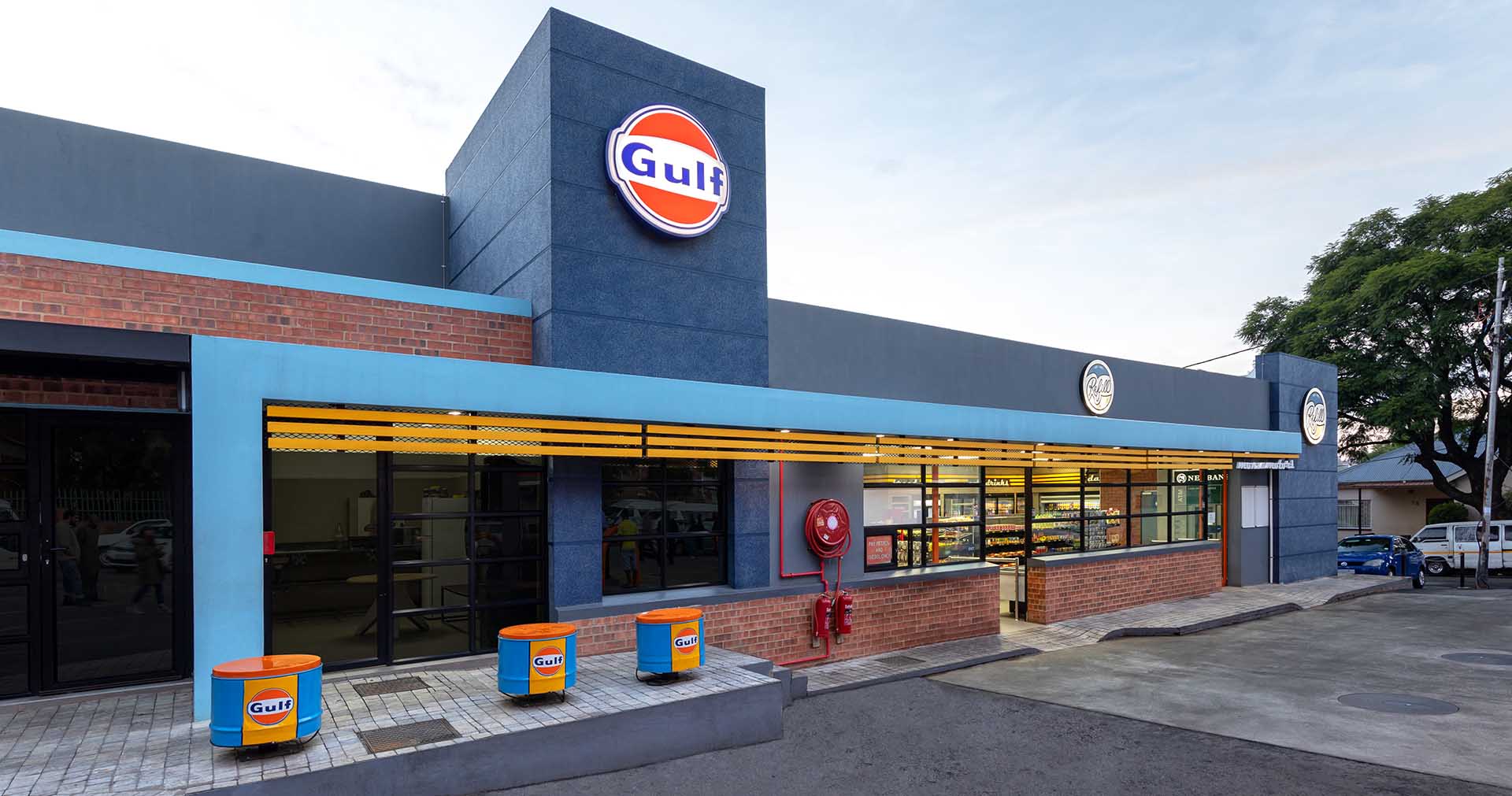 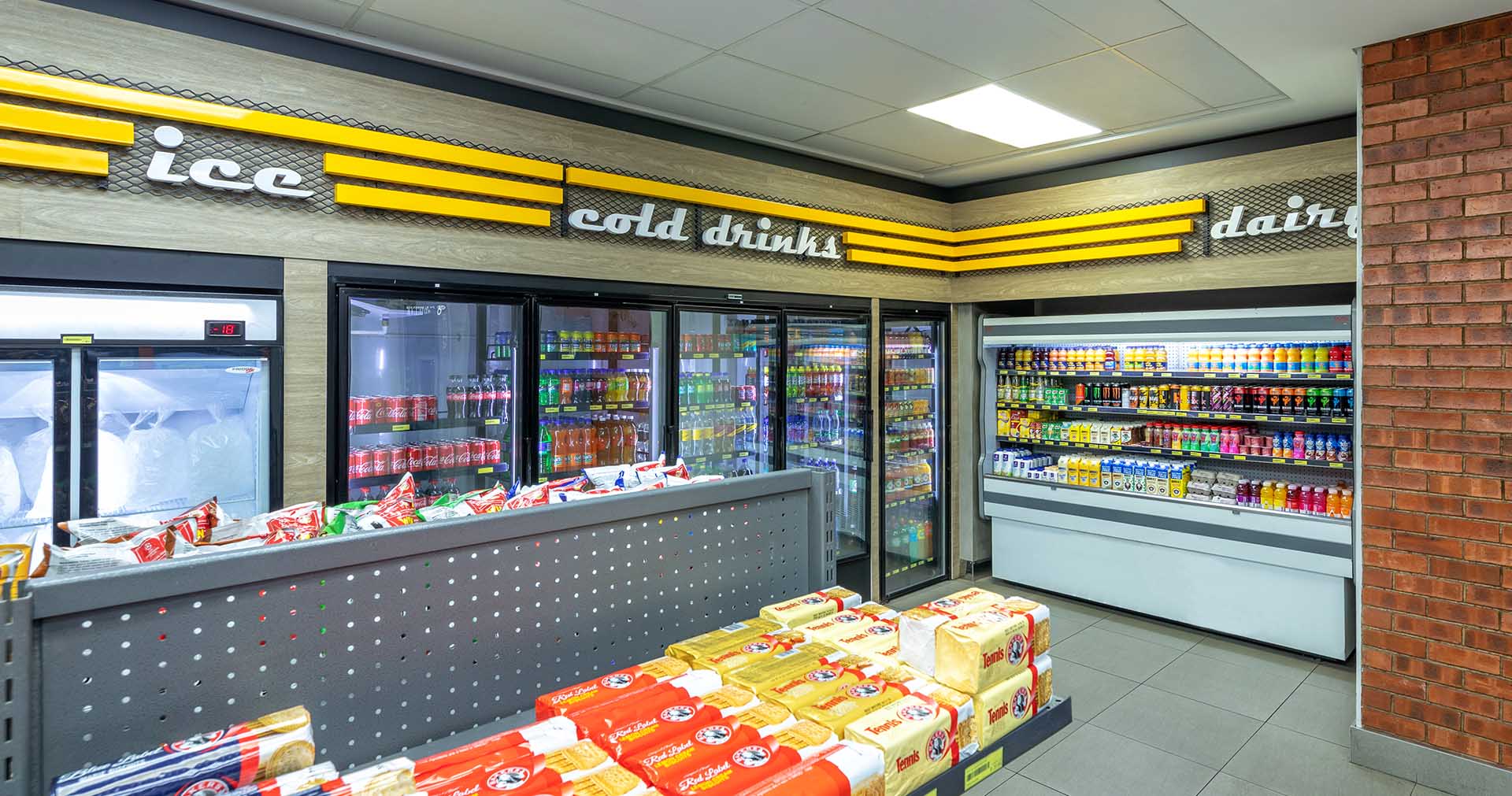 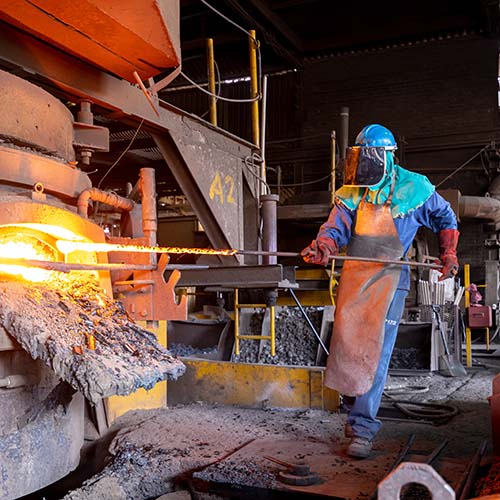 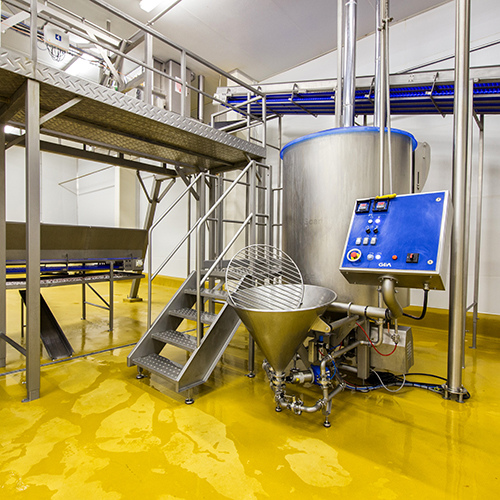